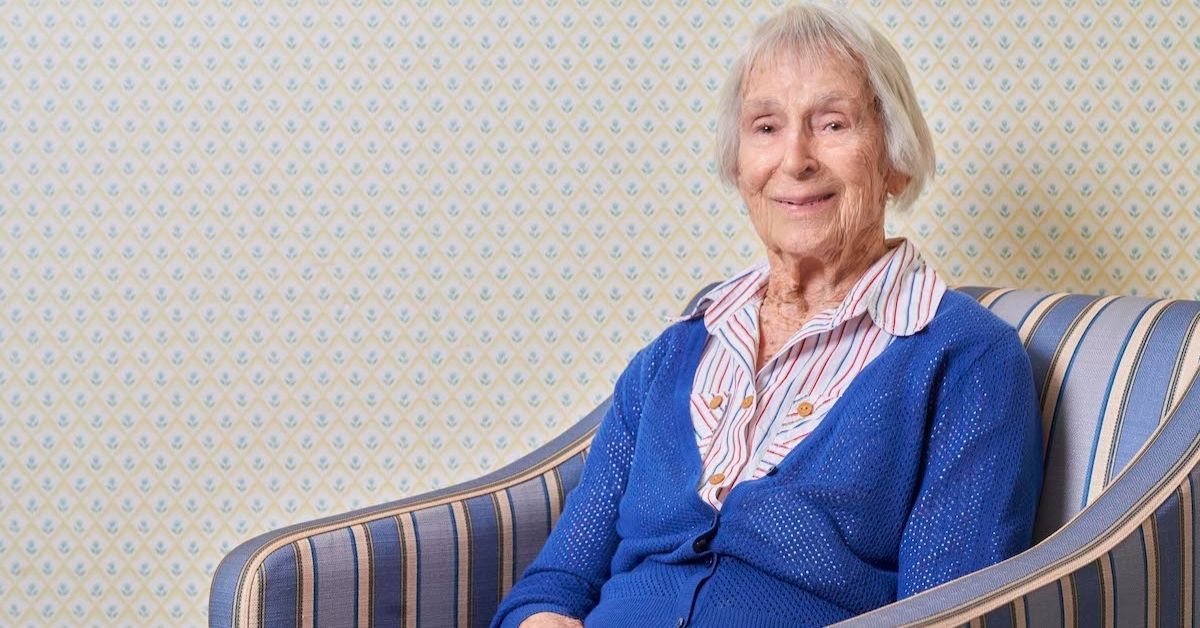 Alison Woodroffe joined Carinity Clifford House aged care centre in Wooloowin as its newest resident in early 2021. A few months after, she turned 100 and officially became a member of Carinity’s 100 Club.

Born on 1 December 1921 in Ascot, Alison has witnessed the growth of Brisbane, from a city of 218,000 to one of over 2.8 million locals today. The middle child of drapery business owners Marion and Frederick Ash, Alison attended Ascot State School and Somerville House, ranking among the top five students in Queensland in the 1930s.

After finishing school, Alison worked in a bank where she met her husband, Norm Woodroffe. They married in 1943 and were blessed with five children. They lived a long and happy life together, until Norm’s passing 62 years later.

The Woodroffes travelled extensively overseas, visiting England, Ireland, Europe, Southeast Asia, North America, Japan, and New Zealand. Alison volunteered for Meals on Wheels, delivering food to seniors in need. Working in a charity thrift shop and knitting rugs for communities overseas were some of her other altruistic contributions.

In her young life, Alison was also a proficient tennis player and sprinter, and bowled to win tournaments with her husband in her 50s. After serving two terms as the president of the Clayfield Bowls Club, she retired from playing sports at 85 years old but took up a new hobby: competitive bridge.

Her 100 years, however, were marked by a devasting loss during World War II as Alison’s brother, Ron, who was a Royal Air Force pilot, died during a mission in Germany in 1940. Her husband also enlisted in the infantry and had tours of duty in the Middle East, Papua New Guinea, Kokoda and Milne Bay.

Alison recalled that she frequented Wesley House in the city to serve breakfasts for soldiers on leave. She would then go to work before volunteering to make camouflage nets at Eagle Farm Racecourse in the evening and also helped run concerts to support the war effort. At that time, most household items and foodstuffs were in short supply and rationing was part of everyday living.

Having “seen it all,” Alison believes that her generation was one of the lucky ones. She explained that after marriage, women were not encouraged to stay in the workforce but were homemakers, allowing mothers and children much time together. Looking back, Alison believes she has led a full and happy life doing things she loves best and being with her family.

Alison is the third centenarian of Carinity Clifford House, after Ann Damen, 102, and Jean Clifford, 101.