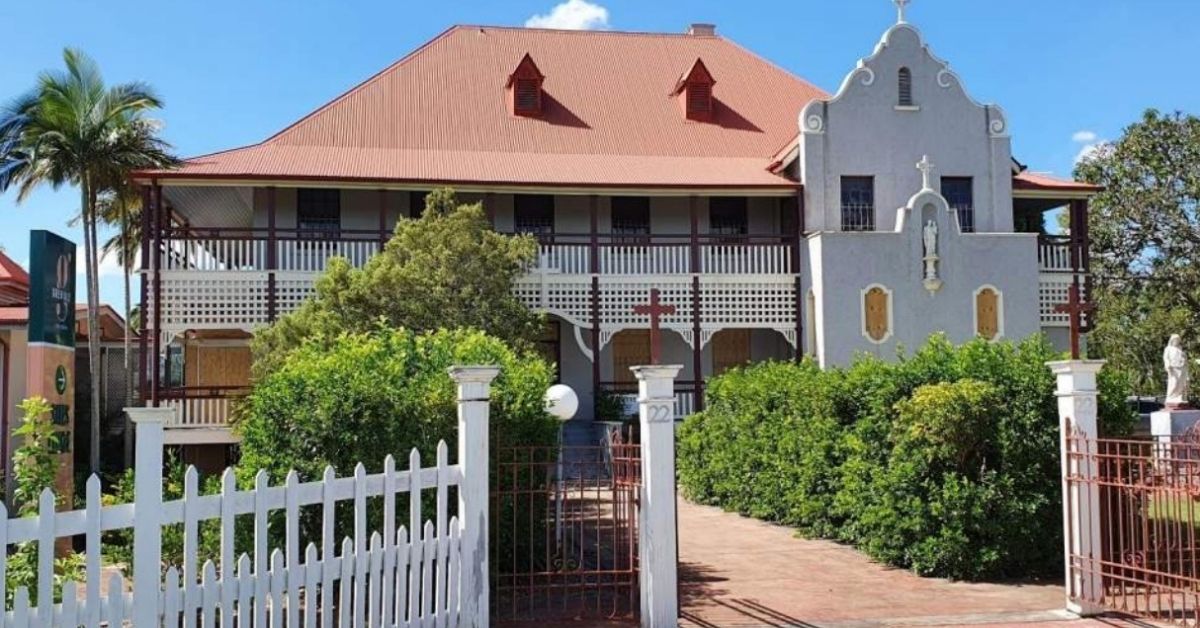 A portion of the historic Sisters of Mercy site in Wooloowin has been designated for development as a childcare centre. Changes could be made to the structure of the former convent.

Located on Morris Street, developer De Luca Corporation Pty Ltd detailed plans to build the facility that will accommodate 110 children via DA A005776689, lodged with Brisbane City Council on 16 July 2021.

The development is in line with Cedar Woods’ townhouse project, dubbed Greville Wooloowin, in the same Sisters of Mercy site covering sections of Bridge, Chalk and Merehaye Streets.

De Luca Corporation Pty Ltd said that it’s negotiating to buy the convent’s land for the childcare centre from Dunland Property Pty Ltd, which owns Cedar Woods. The facility will stand next to the aged care accommodations.

The former Sisters of Mercy property is a Local Heritage Place which was sold to Dunland Property Pty Ltd. in 2015. The convent has been empty since the purchase with the doors and windows boarded up to prevent trespassers.

In 2017, Council approved plans for the redevelopment of the sprawling Sisters of Mercy site as an aged care and residential facility. Greville Wooloowin has begun its first stage of civil works this year, where some of the townhouses have been pre-sold.

“As a consequence of the change of use of the heritage building some minor heritage fabric is proposed to be demolished and the remaining heritage fabric will be restored,” the developers stated.

De Luca Corporation Pty Ltd also intends to incorporate 22 car parking spaces, play areas at the rear of the building, and pedestrian access from Morris Street to the car park.

In November 2020, the developer met with Council officers to discuss its intention for the facility before lodging the application. As a Local Heritage Place, residents may appeal this project but, as of press time, Council has not yet set a public notification date for submissions.