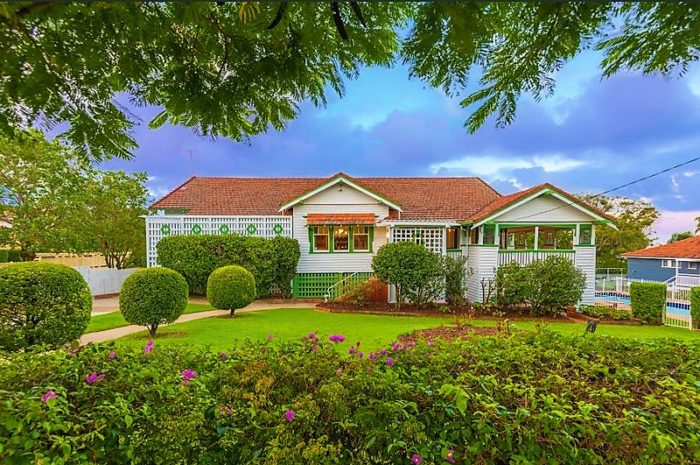 Clonlara, a one-hundred-year-old landmark home in East Clayfield, sold for the first time in sixty years for a suburb record $7 million.

The property at 150 Adelaide St East, Clayfield was bought by the late Sir Edward and Lady Dorothy Williams in the late 1950s and was their home until Sir Edward’s passing in 1999.

Sir Edward Williams was a former judge of the Supreme Court as well as former Queenslander of the Year, Australian of the Year, Chairman of the Commonwealth Games in 1982, and Commissioner General of Expo 88.

Clonlara is a six-bedroom home with three bathrooms and two garage spaces. It was constructed in 1916 and got its name after an Irish village in County Clare. This Queenslander sits on 3,3315 sqm land and features two championship sized tennis courts. These tennis courts became the perfect meeting place for neighbourhood kids and tennis parties were frequently held.

Read: 102-Year-Old Clayfield Home Offered for Sale for the First Time in 60 Years

A little house, which still stands to this day, was built next to the tennis courts as a Christmas present for Sir Edward Williams’ daughters. There is also a traditional sunroom, family room, and a large kitchen and bathroom.

Much of the home’s original period details has been preserved in this home, including the grand entry foyer to formal dining and lounge rooms. The home also boasts of ornate plaster and pressed metal ceilings, solid timber walls and leadlight windows.

The grounds are impressive and reflect a stately, Old World feel of manicured, established gardens with the two hallmarks of Queensland living, a tennis court (in this case, two and both championship size) and a pool, albeit currently decommissioned.

The former suburb record belonged to a property 108 Oriel Road, Clayfield that was sold off market in 2017 at $6.75 million.