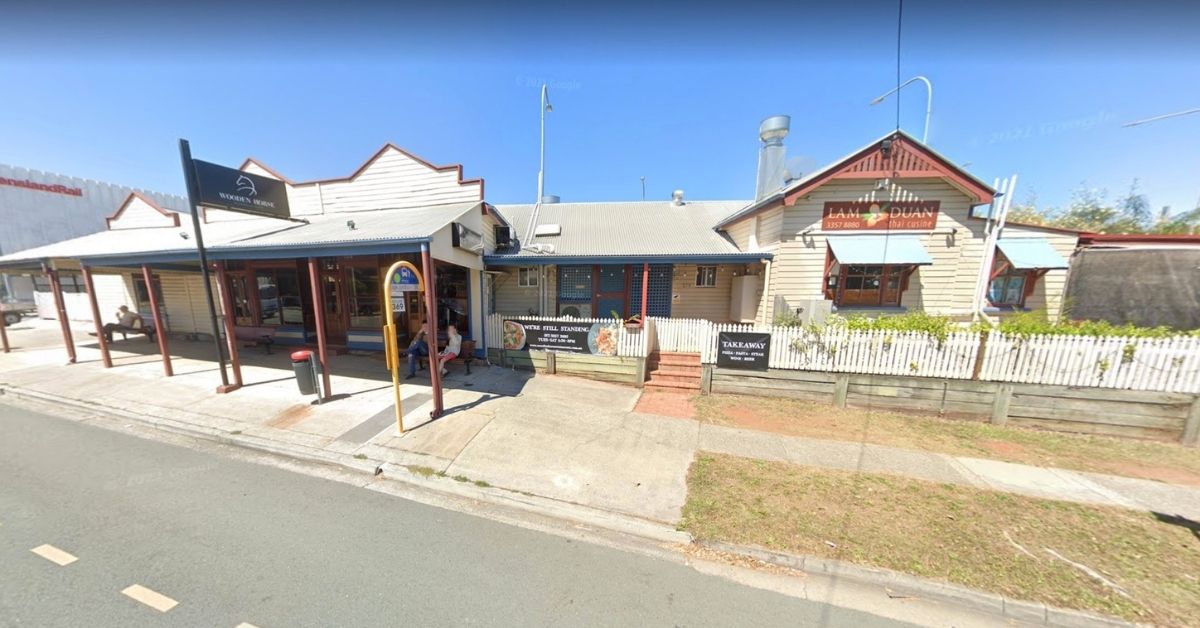 Along Junction Road stands a shop and former residence, one of the early 20th-century commercial buildings that demonstrate the development of commercial and retail services in Clayfield.

Originally, the land on Junction Road was owned by William Pettigrew, a 19th-century alderman and a former mayor of Brisbane. Prior to his life as a public servant, he was also a surveyor who managed a sawmill business, thus he was familiar with the quality and profitability of timber.

When the railways opened, Clayfield attracted more residents as well as businesses.  In the 1860s, his property on Junction Rd was sold and subdivided for residential and railway developments.

In 1920, the Hough family constructed a store with a residence along this site on Junction Road, which was close to the Sandgate railway station. Two years later, Henry and Lilias Greenham acquired the building from the Houghs. The Greenhams ran a grocery store but did not live on the property.

Read: The Old and the New: Evolution of Sandgate Road in Clayfield

From General Store to Other Businesses

When Mr Greenham died in 1951, the site was sold to a new owner. By then the Postles had left Brisbane, except for Albert (the leftmost person in the photo), who established AV Postle Real Estate, which remains active to this day.

After the Postles, the shop and residence became Lukey’s Groceries with a framing shop, owned by Ted and Bertha Lukey. They had a son who grew up in the area, went to the Eagle Junction School, and served in the war.

The building became a restaurant in the 1980s until Queensland Rail acquired the property.  In 2012, the site was sold for $650,000 to its new private owners.

In 2015, the shop and residence became the Wooden Horse Restaurant & Bar owned by siblings Dane and Morgan Hoey. The establishment is known for its brick oven pizza and has continued to operate post-pandemic.

The site was entered into Brisbane’s Local Heritage Places in 2005 for demonstrating the evolution of commercial services in Clayfield. The building is also cited for its use of early 20th-century traditional timber and corrugated iron roofing.