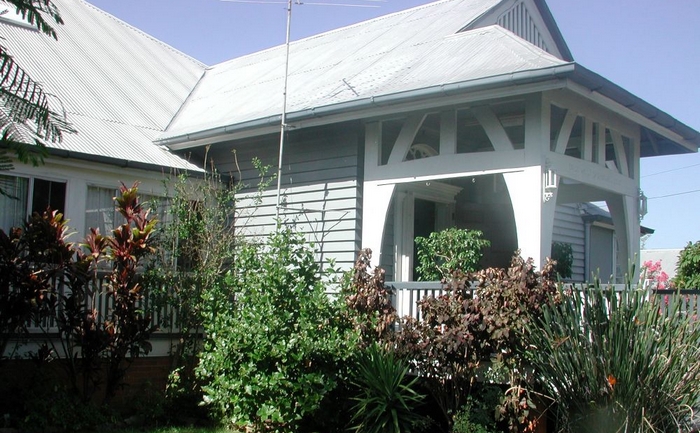 Did you know that Clayfield House was originally designed to be a doctor’s surgery and residence? Formerly called ‘Turrawan’, this heritage-listed home remains to be a significant part of the suburb in a way that may not be quite the same, but close enough.

Robert Smith (Robin) Dods designed the home to be a combined residence and surgery, for Dr Arthur C F Halford in 1905.

A home with a surgery is a form that Dods was familiar with because his stepfather and brother were also doctors. He also designed the same concept for his brother on Wickham Terrace.

Clayfield House was constructed in 1906 as ‘Turrawan’ with tennis courts built behind the house. At the time, the doctor’s residence was the only building between Wagner and London Roads.

In the late 19th and early 20th centuries, having a surgery in their home was not uncommon for doctors. In fact, a number of small private hospitals were also run from houses. This was especially common for maternity cases.

Dr Halford lived at ‘Turrawan’ in 1906, though by 1915 he was also practising from 157 Wickham Terrace. It is thought that he lived and worked from ‘Turrawan’ until 1920 when the place was let to Alexander Murray on a five-year lease.

In 1922 the 1,500 seat Savoy Picture Theatre was constructed next to the house on Sandgate Road. After the death of Dr Halford in 1945, the owners of the theatre acquired the property.

Read: Iconic Clonlara in East Clayfield Sold for a Suburb Record of $7M

In 1960, the property was re-surveyed and subdivided into two blocks and an easement. BP Australia purchased Lot 1 and constructed a service station on the corner of Clayfield and London Roads. After it closed down in the early 1980s, the current garden nursery occupied the site.

Meanwhile, Rodney and Colleen Abbott purchased Lot 2 in 1984 and turned it into a boarding house. The current owner purchased the property in 1988 and since then it has provided supported accommodation facilities in the area.

Clayfield House is now one of the few surviving examples of Dods’ work. What was once a doctor’s home and place of work continues to touch many people’s lives as it provides a safe environment for people facing various challenges in life.

Read: The Rich Heritage Of Stanley Hall In Clayfield