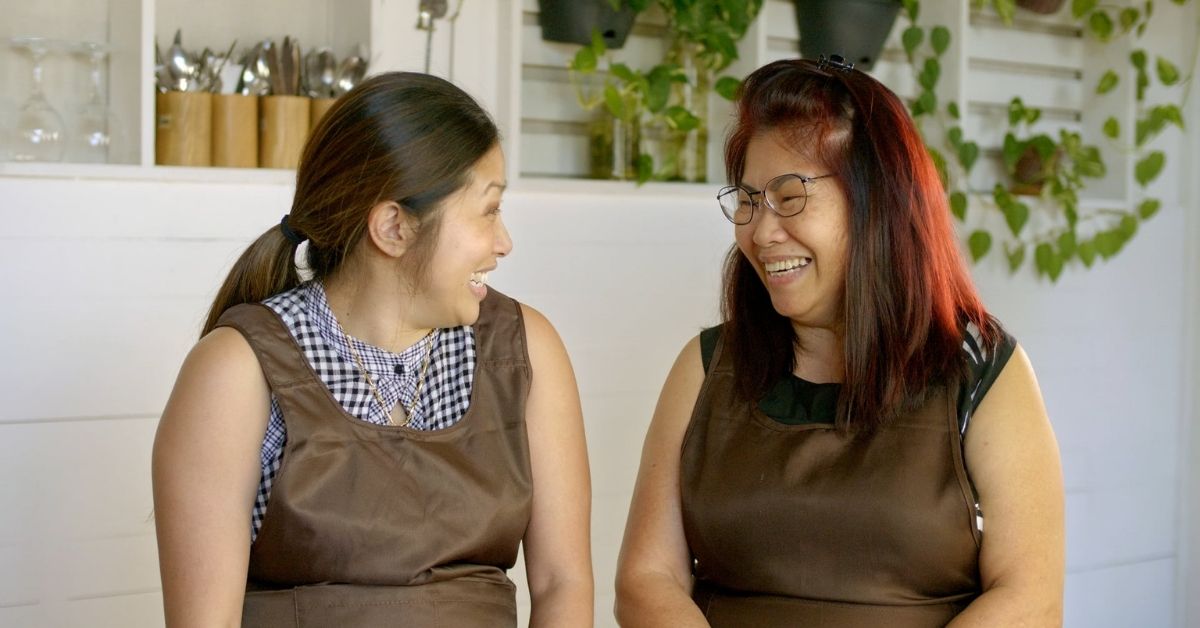 Photo Credit: Sounds Across the Ocean/Facebook

Mie Mie Wing Kee, the owner of Mamaku in Clayfield, has been featured in a documentary special running at the BrisAsia Festival highlighting the inspiration behind her home-style Indonesian restaurant: her mum, Julia, 91.

“Mother’s Table,” which will be running at the online-only installation of the BrisAsia Festival until 20 Feb 2022, follows three local restaurant owners as they talk about how the food they grew up loving shaped the culinary culture of Brisbane. Also featured in the special are Maggie Nguyen of Cafe O-Mai in Annerley and Taro Akimoto of Taro’s Ramen in the CBD.

Mamaku, which means “mother” in Indonesian, is found along Sandgate Road in Clayfield. The restaurant offers street food fares commonly found in Jakarta, where Mie Mie’s mum and grandmother are from.

Mie Mie recalls that she used to cook and serve the family’s fried noodle dish at weekend barbies back in Darwin and the guests would compliment by encouraging her to open a restaurant. But running a family restaurant, where Mie Mie’s mum also helped in the kitchen, came with some challenges. Despite this, however, the business expanded and thrived and now involves four generations of the family.

Mie Mie was only 20 years old when she immigrated to Australia and then vowed to work hard so she could move her mother with her as well. She talks about her journey with her daughter, Angela, in the below video.

The documentary feature on Mamaku is written and directed by Lark Lee and produced by Sounds Across Oceans for Brisbane City Council’s BrisAsia Festival 2022.

“Best Indonesian style food in Brisbane likely the country. Cooked by cooking masters who have fined tuned their skills over an entire lifetime. Beautiful quality food and good pricing. Can I join the family please, surely that involves free meals?”

“Went here for dinner tonight,  six of us,  ate like kings, took some food home as well and still had change out of $160. Hidden treasure in Clayfield. Very basic but clean and tidy.  Delicious authentic food, decent portions, friendly family, great customer service. Would highly recommend to anyone.”

“Takeaway order was 100% correct and food, super tasty! Sorry, no photos, as it was eaten quickly. The Laksa reminded me of one eaten in Singapore. Brought back my travelling days!!”